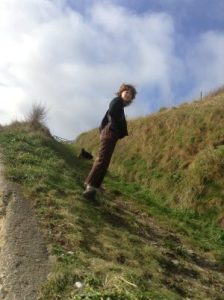 It’s a precious gift to be alive as a sentient human being whatever the circumstances, my Buddhist friends remind me. Yes, of course, I say. And the global pandemic is awful, causing premature deaths, suffering and loss for survivors, financial disaster for households and business owners. My Buddhist friends also remind me that there has always been suffering. Perhaps, making clear these fundamental truths of the human condition are the first two gifts of this pandemic.

For the longer-term praxis of living together and all that entails – politics, economics, sociologics, ecologics – this pandemic brings additional practical blessings. First, let’s acknowledge the critiques of globalised ‘capitalism’ and political duplicity, the warnings of impending authoritarianism and austerity, and the near certainty of massively disruptive and sustained economic contraction. These are foreboding stories told by very serious people coming through louder and clearer than before in a now more amenable mediasphere. (If you haven’t yet seen them, then please search for them.) We must give them thoughtful attention and act accordingly. But they’re not the only possible stories about an as yet unconstructed future – in fact, they’re incomplete.

END_OF_DOCUMENT_TOKEN_TO_BE_REPLACED

“The traveler recognizes the little that is his, discovering the much he has not had and will never have.”
― Italo Calvino, Invisible Cities

For many people longing for real alternatives to fake democracy and corporate oligarchy, the new politics arising in Spain over the last few years has been a wellspring of inspiration. In 2011, when the Indignados, the ‘outraged’, occupied the Puerta del Sol, Madrid, and other plazas across Spain, we watched and cheered, mostly because we wanted to see ourselves in them—regular people of every age, every gender, standing up, being heard, practising democracy, perhaps for the first time and clumsily, but they were participating in their own destiny in a new way.